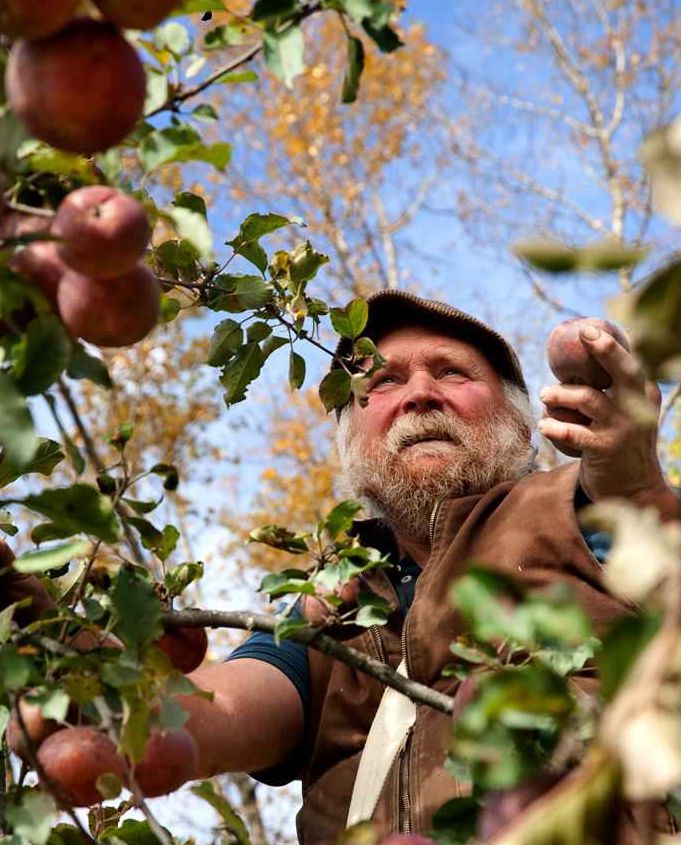 Shortly after the death of her husband, Michael Phillips, the person most responsible for the creation of the Holistic Orchard Network, Nancy Phillips was asked to write 'a short bio.' Here is the result. She wrote, “I tried, but it turned out to be a bit of a saga. I just got going and I guess it was a bit cathartic for me. . . I think I got us to the point that you might know already.”

Michael was born in Wernersville, PA on July 17th 1957 and grew up in a happy lovely brick home in town with his younger brother, Alan and his loving parents. His dad Robert, was a dentist. His mom, Dorothy, was a homemaker and sometimes dental receptionist.

Some memories he would talk about were playing with lots of friends in the neighborhood, playing football together, cookouts, etc. At some point in elementary school, he and his friends all created imaginary personas. Michael was always a famous author living in Vermont!

He was always a scholar and an excellent student (elementary through college).

Some of his favorite memories were of spending time on going to his grandparents’ farm. His mother grew up on a farm as one of ten siblings. Michael loved the farm, but when he was younger, he worked hard to rid himself of the Pennsylvania Dutch accent typical of his family. He didn’t think he wanted to be a farmer when he was younger. Later he cam to admire and practices. He loved their sense of community, the barn raisings, minimal use of technology, their love of land, small community insurance pools, and so forth.

He went to Penn State and studied Civil Engineering and did well. He landed a job in Washington D.C. as a civil engineer. He always said he retired at age 24, I’m not sure if he even worked there a year. As far as I know he got along fine with his colleagues. He just knew he didn’t belong in the city and didn’t enjoy the work.

He went to Penn State and studied Civil Engineering and did well. He landed a job in Washington D.C. as a civil engineer. He always said he retired at age 24, I’m not sure if he even worked there a year. As far as I know he got along fine with his colleagues. He just knew he didn’t belong in the city and didn’t enjoy the work.

He backpacked and hitch hiked a bit and ending up going to New England Salem Children’s Village in Rumney, NH. ( A community formed around taking care of abandoned and abused children.)    He was drawn by the holistic model of the community and took on a job as an apprentice carpenter building solar post and beam homes for the foster children. He got paid $25 a week plus room and board in what was basically an old children’s summer camp bunk house. It was uninsulated and the group of carpenters called themselves “the Siberians”! They worked hard, but oh they had so much fun!

The children’s community was on a beautiful mountain lake.

Salem was where we met some of our lifetime friends and where we fell in love and got married.

There were stints before we fell in love and got married that Michael would go to Vermont and pick apples in the fall, to earn some BIG money (he was always a great picker and could make about $100 a day on a good day! Amazing money for him at the time.)  He truly fell in love with apples and began planting them at the children’s home and became the property manager, gardener.

He took several months off from the children’s home to travel a while to New Zealand and Australia. He literally sent a letter addressed to “Any Apple Orchard in New Zealand” asking for a job. Believe it or not the post people delivered it and he got a job. That was quite an adventure that he loved. There are many side bar tales of his travels there.

We had a lively and fun wedding outside in the gardens at the children’s home in 1985. We lived there another year and decided we wanted our own nest. We wanted to move to a more rural area away from strip malls, McDonalds and Dunkin Donuts. Unfortunately, they followed us up north to Northumberland, NH. We planned to join a land trust that was developing. We liked the community model and the idea that we didn’t have to own the land, but we wanted our own home. The land trust met for multiple years and never came to be. (That is another funny story.) We ended up just buying our farm, Heartsong farm and have lived here every since, I think 36 years.

We had the goal of being homesteaders and living full time on the farm growing all our own food, etc. It ended up that usually there was one of us working off the farm at a time (carpentry for Michael, teaching school for me) until we got our mortgage paid off. We helped start the local Farmer’s Market and sold vegetables there and Michael began planting trees on our farm and also leasing a larger orchard and cider mill down the road. It was during his time leasing the bigger orchard that he wrote The Apple Grower. The book enabled him to become a popular teacher at organic conferences, etc. We also started the first CSA in the state of NH with our friends. He also started a local Peace and Justice Network with friends in our area. 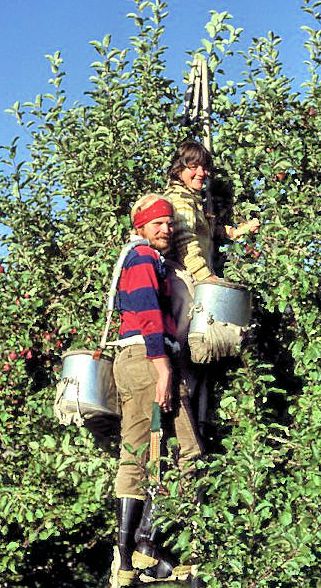 Michael Phillips has gifted the world a future for healthy, sustainable fruit. We are ambling down this path he made with our own little orchard enjoying all the sites and rising to all the challenges. We take comfort in the wisdom he so eloquently offered up in his phenomenal writings. Although we never got to know Michael well, we were lucky enough to have met him enough times to observe the genius of a true orchard wizard in person. He will be missed, but a piece of him will live on through ours and, we suspect, a great many other orchards.

Such a loss! Michael, you took us so much further than we would have ever gotten. We miss you dearly, old friend. 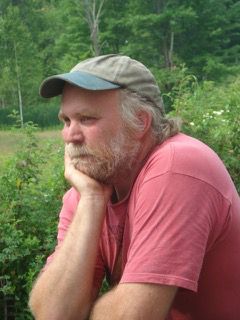 Such a brilliant, gifted, deep and passionate individual, Michael touched all of our lives in so many different but related ways, as can be seen by the many tributes and stories being shared about him. Like many farmers, Michael dedicated his life to serving the Earth and to making it a better place for all living beings. I’m honored to have known him, to have called him a dear friend, to have spent such quality time with him and his beloved family. While he will be missed greatly by all of us who knew and loved him, he left such an amazing legacy, a legacy that will live on through his books, his writings, and teachings and the many apple trees he’s planted in his rich and abundantly full life.

Meanwhile I was becoming smitten by medicinal herbs and gardening. I studied independently then took a formal apprenticeship with Rosemary Gladstar. After that I started working with Rosemary helping her with many of her herbal programs. (Her mentorship and my entry into the herbal world really changed the trajectory of my life and even Michael’s in many ways. The herbal teachings informed much of his understanding of plants and working with the ecosystem.) We started teaching events at our own farm and continued to teach at conferences.

Meanwhile, after trying to get pregnant and have a baby for nine years, we were blessed with the sunshine of our lives, Grace Elena. She joined us through adoption in August 1995. She was born in Alaska and I went to pick her up when she was only 48 hours old. (That is another heartwarming story.) Michael didn’t go with me because he was building the foundation of his barn and the barn raising was scheduled soon.

Two-week-old Gracie and I arrived home just a few days before the barn raising and that was quite a celebration! There was probably close to a seventy-five people or more coming and going throughout the weekend working on the barn or cooking for the crew!  One guy told me how much fun he was having and that he thought it would be even more fun for me since I knew everyone. I said, “I don’t know all these people!”  Friends had brought friends; relatives had driven across the country. They were all having a grand time and getting a hell of a lot of work done!

That was typical of Michael. He loved working and he loved to get others involved. At times I would almost be embarrassed when he would organize work events at the farm over the years. I would say, “You can’t ask people to come and do all this hard work (planting trees, carpentry projects, pressing cider, pulling rocks out of the gardens, etc., etc.) They have their own busy lives and work to do.” He said, “Well, if they don’t want to come, they won’t.

Michael was kind of like Tom Sawyer in the way he got people to help out with the work. He persuaded them, but it wasn’t a con job. The difference with Michael was that he really believed that working the land or building something beautiful and practical was pleasurable and a privilege.  And unlike Tom, he worked just as hard and most of the time harder to get the jobs done.